Demolition Process and Methods for Buildings and Structures

A pavement is a hard crust constructed over the natural soil for the purpose of providing stable and even surface for eh vehicles. The pavement supports and distributes the wheel loads and provides an adequate wearing surface. Pavements are basically of three types;
• Flexible Pavements
• Rigid Pavements
• Semi-Flexible Pavements 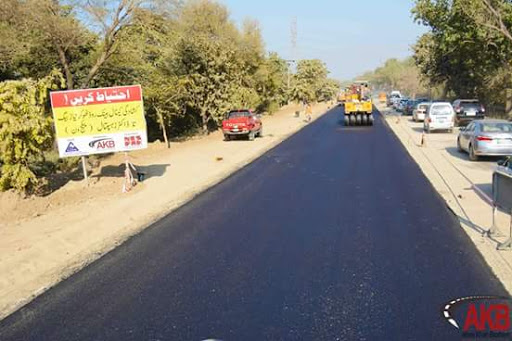 The design of pavement is a very critical and decisive activity for any road construction project. The success or failure of the pavement is directly depending on whether its design is as per the requirement of traffic and if the objectives of design have been met or not. Today in this post we will be dealing with the factors directly affecting the design of pavement;
Wheel Load
The thickness of the pavement depends upon the design wheel load. The design wheel load is selected after considering the actual wheel loads of the various vehicles, contact pressure, load repetition, the dynamic effects and many other factors. The design wheel load will depend upon the multiple – wheel load assembly, as in the dual or multiple wheel loads.
Sub-grade
The thickness of the pavement depends upon the properties of the sub-grade. A thicker pavement is required over a weaker soil. The thickness also depends upon the stress-strain characteristics of the soil under static and repeated loads.
As the strength and the volume change of the soil depend upon the moisture changes, the worst conditions should be considered in the design.
Climate
The climatic factors, such as rainfall and temperature changes, affect the properties of the soil. The rainfall affects the moisture changes in the soil which after the strength. The temperature changes affect the pavement. In flexible pavement, the choice of the bituminous binder depends upon the temperature. In rigid pavements, the warping stresses are caused by temperature changes.
IF the temperature is likely to fall to the freezing point, the possibility of the frost action is to be considered.
Pavement Material
The stress distribution in the pavement layers depends upon the behavior of the materials used. The fatigue behavior of the pavement materials and their durability under adverse condition should be considered.
Aggregates bear the stresses occurring in the pavement and have to resist wear due to abrasive action of the traffic. The aggregate should be hard, strong and of the required size and gradation to bear the stresses.
Location
The design of the pavement should be done considering its location with respect to the ground surface. The height of embankment, the depth of cutting and the level of water table should also be considered. All these factors affect the performance of the pavement.
Miscellaneous Factors

There are some special factors which affect the design of pavement. For example, in case of semi-rigid pavement, the formation of shrinkage cracks, the crack pattern and the mode of their propagation should be considered in its design.

Why a building inspection is significant before buying another house?