Pakistan, a large-growing populated area with countless opportunities of investments and progress has recently been involved in a close bilateral relations with China. Recently, both the parties are reaching the heights of their friendship and partnership under the flag of CPEC acronym for China Pakistan Economic Corridor. 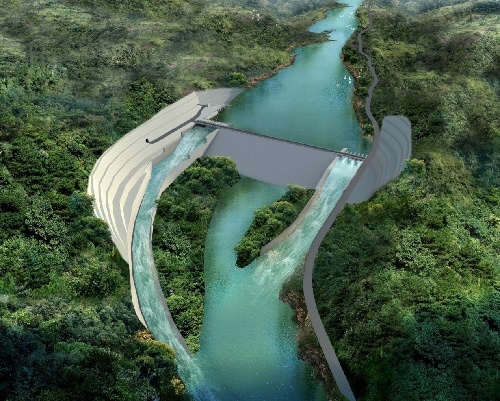 This Economic Corridor accompanies countless notable projects worth billions of US Dollars that are attracting overseas investors from different regions. One of the core focus of CPEC is the energy crises in Pakistan where the people are facing some serious damage in the name of water shortage as well as load-shedding in the form of electricity cut-off for several hours intermittently.
In the past, despite of loads of opportunities for a small scale dam or hydropower projects, owing to natural potential of the country having 2nd highest mountain K-2 in Karakoram with lots of glaciers and melting waters with energy and force that can be utilized, this sector was overlooked resulting in water and energy shortage in the country.
Keeping this is view, the private sector has shown its interest in this industry fully recognized by a body called Private Power and Infrastructure Board of Pakistan. In 2005, PPIB has announced seven most economical and feasible spots for hydropower projects in the country.
One such location was of beautiful and adorable landscape i.e. Kunhar River near peaceful Kaghan Valley of Mansehra Disctrict, Khyberpakhtunkhua (KPK), Pakistan.
After the prequalification of a consortium named Suki-Kinari Hydro Pvt. Ltd, it was directed to conduct feasibility study of the project which after complete study and under the lights of results and documents has agreed the project to be lent by Industrial and Commercial Bank of China around August, 24, 2016.
As per the policy laid by the Government of Pakistan regarding such Power Projects in 2002, the project will be Build-Own-Operate-Transfer (BOT). The DAM will be built by SK-Hydro group and CGGC (China Gezhouba Group Consortium) which is the same company that is working on Neelum Jehlum Hydropower Project in Azad Jammu and Kashmir, Pakistan.
The project is a run-of-river type in which a little or no water storage is ensured at the upstream of the weir structure. This type of project is usually constructed on a river which maintain some required minimum flow which is the case here in Kunhar River.
One of a very big advantage for a run-of-river is that there is minimum environmental disruption and minimum relocation of the inhabitants is required.
In Suki Kinari Hydropower project the location is very ideal in this case as there is no large amount of population living and this makes the site economical and feasible.
The project is expected to generate a power between 840 MW by Pelton Type 4 Nos of Turbine each of 210 MW and can generate an annual power of 2958 GWh which ranks it amongst helpful projects in the energy sector of the country.
The total project cost is approx. 1.9 Billion USD and is expected to be completed by 2021. The Dam will be constructed as 54.5 meter high and 336 meter wide concrete gravity dam with 2 gated spillways.
Construction of the dam will result in the formation of a 3.1 Kilometer long reservoir with a capacity of 9 million cubic meters of water.
Tags: CPEC Dams Hydropower Projects Pakistan Upcoming Projects